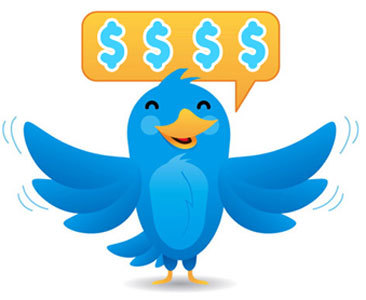 Twitter’s gigantic freakin’ revenue opportunity is promoted tweets. And similar to how Google found its business model at Goto.com/Overture, Twitter is taking its cue from StumbleUpon. But first….

Remember when Google didn’t have a business model? Yeah, the Internet and media giant with a valuation of $150-200 billion, $35+ billion in annual revenue, and ~$15 billion in annual cash flow couldn’t figure how to generate revenue while it was growing like a weed before 2000. Then they ‘adopted’ the paid search model; i.e., took it from Goto.com (which became Overture, which was acquired by Yahoo), got sued by idealab (Goto.com’s parent), settled for 2.7 million Google shares (which would be worth over $1.5 billion today if they never sold it - but they did), and yada yada yada for more information, well, Google it.

feel like there is a def. mind-meld going on here… :-)